The Photographia – Museu “Vicentes” is installed in the old “studio” of Vicente Gomes da Silva and has, among its collection, sets, cameras, furniture “studio”, frames with original photographs, books on photographic techniques and valuable photographic archive with about 800,000 negatives, datable between 1876 and 1982, as well as having a nucleus for the Cinema. 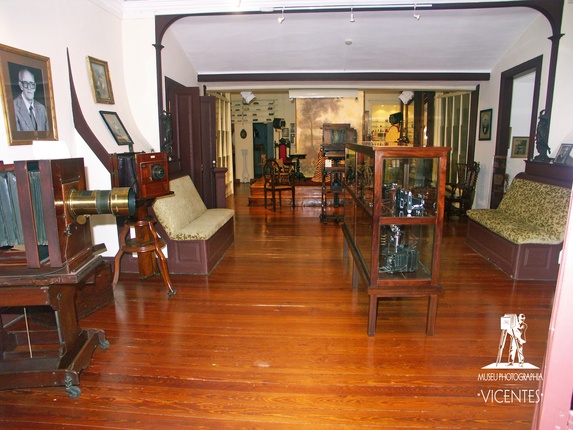 Ships landed on the island of Madeira and brought passengers the most faraway places and with them came new ideas and techniques that emerged in the nineteenth century, namely Photography. By this time, they settle in Funchal, the first “studios” photographic, namely: Vicentes Photographos, João Francisco Camacho, Augusto Maria Camacho, Perestrellos Photographos, Augusto César dos Santos and his partner Joaquim Augusto de Sousa, etc. 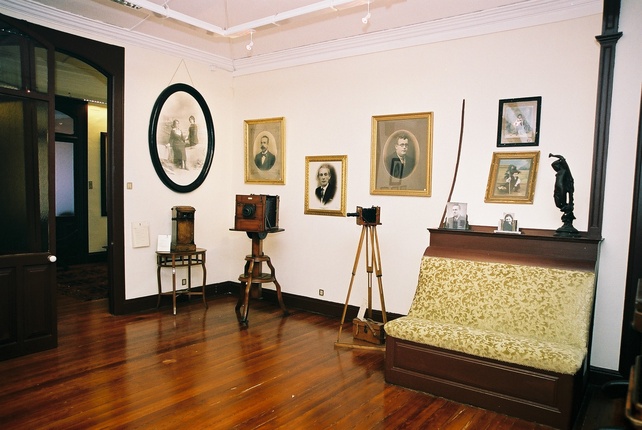 The Photographia – “Vicentes” Museum is located in the former “studio” of Vicente Gomes da Silva, the Rua da Carreira.

In 1846 Vicente Gomes da Silva began his professional activity as a writer and in 1853, April 27 received the mercy of “Recorder of Her Majesty the Empress of Brazil, Duchess of Bragança.” In 1856, he started the “art of photography” in your local home. In 1860, Empress Elizabeth D’Austria, Sissi, visited Madeira for the first time and was photographed by Vicente Gomes da Silva, having been awarded the title of “Photographe de Sa Majesté L’Impératrice d’Austriche”.

In 1901, the Kings of Portugal, D. Carlos de Bragança and D. Maria Amelia of Orleans, visiting the island of Madeira, being photographed by Vicente Gomes da Silva, Jr., who was awarded the title of “Photographer of the Royal House Portuguese “.

The Photographia – “Vicentes” Museum is located in the former “studio” of Vicente Gomes da Silva, and is open to the public since 1982. Property classified as “regional cultural value” and “monument of public interest”, was acquired by Government of the Autonomous Region of Madeira in 2004.