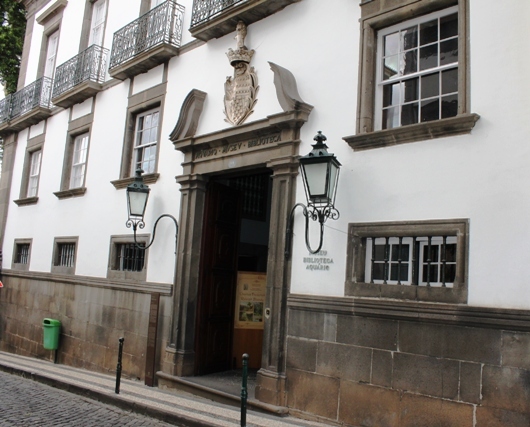 With the invaluable action of Dr. Günther Maul, eminent taxidermist and scientist of German origin, who served as Director of function of this museum between 1943-1981, the Museum now has a growing collection of mounted animals and other biological and geological specimens distributed over 6 rooms. Currently, 78 are exposed species of fish, poultry 247, 14 land and marine mammals, sea reptiles 3, 152 insects and other invertebrates, 19 species of plants and a representative collection of rocks and minerals islands, as well as marine fossils of Porto Santo.

The Museum of the study collections currently reach more than 41,166 copies. Having in principle the fauna of knowledge, flora and geology of the Madeira archipelago, the Museum since its creation showed a regionalist aspect, presenting only species caught in the archipelago. Develops actions harvest of species of Madeira’s natural heritage and scientific information projects in zoos, botanical and geological groups to ensure a better understanding of Madeiran natural heritage as well as its dissemination. Still holds shares in Environmental Education.

The Municipal Aquarium, located on the ground floor of the Palace of São Pedro, the Aquarium with 15 display tanks in which are represented the most important elements of Madeira coastal marine fauna.